How often does an architect get to revisit a project after nearly 30 years? Hanbury Evans Newell Vlattas & Company (predecessor of Hanbury) designed the Pier Condominiums on the Fort Norfolk waterfront in 1986, adding two floors to an existing cold storage building converting it into multifamily housing with spectacular views of a working and recreational harbor.

So, when word was out that the condominium association was planning to carry out a refresh, Hanbury jumped at the chance to re-make what had become a tired, faded project – the character intact and the colors relatively the same as when the building opened, just several shades lighter. After being awarded the work, the association made it clear that beyond some essential deferred building envelope maintenance, their budget was limited to a fresh coat of paint.

Since no one currently at Hanbury had worked on the original project we decided that we’d stage a 90-minute firm-wide charrette to generate ideas. All participants were given the same primary view as an underlay with directions to limit their response to ‘paint only’ when generating color/pattern strategies. And, 90 minutes later among the 30 proposals some were serious, some whimsical, and some provocative, but all the product of a fun exercise. 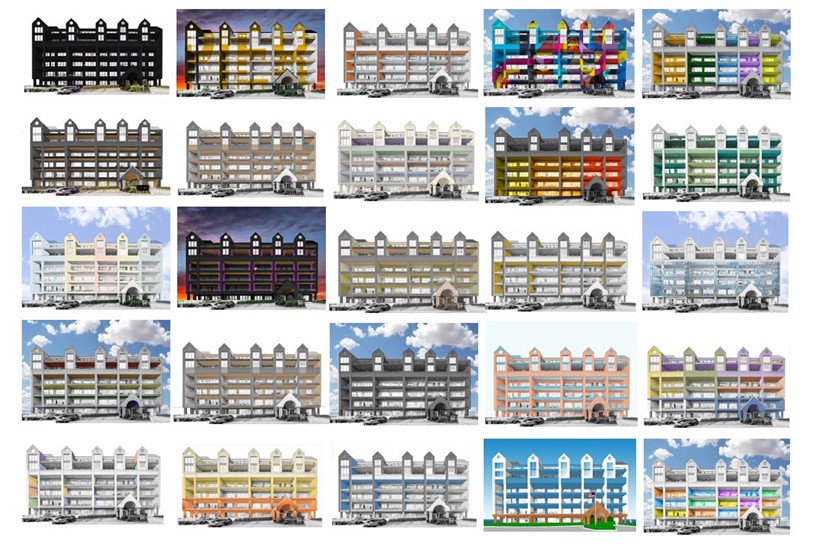 The association reviewed all 30 proposals, and quickly narrowed their preference to eight, then five, and then three. The final three each had appealing aspects and the eventual solution incorporates the simplicity of one scheme, the rich – functional – hue of another, and the influence of sky and water reflecting blue in another. However, as the final solution materialized it became evident that the over-achieving porte cochere, likely the crowning element architecturally in 1986— playful, campy, stylistically heroic, and overly formal in a composition that was anything but—was anchoring the building to the past. So, while not included in the present 'paint-only' budget and definitely a hoped-for enhancement, a redesigned porte chochere is on the horizon. Meanwhile, this refresh of the simplest means will adeptly set the stage for another 30-plus years! 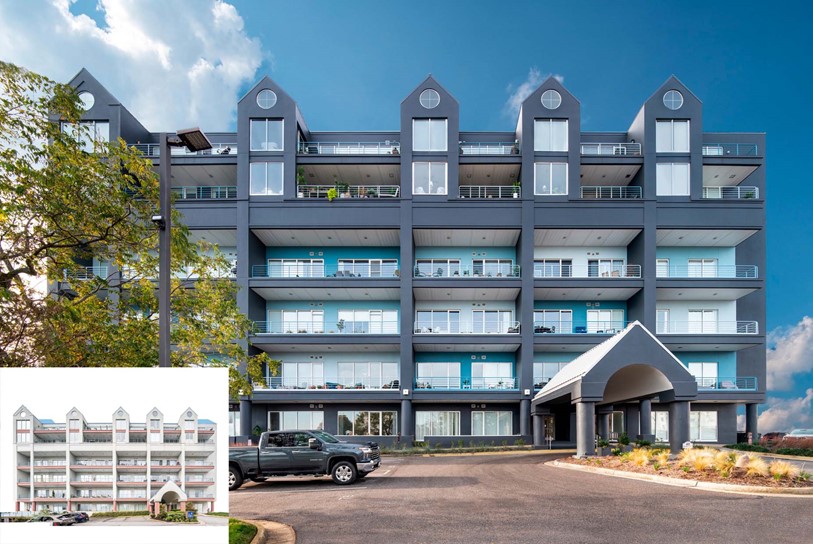 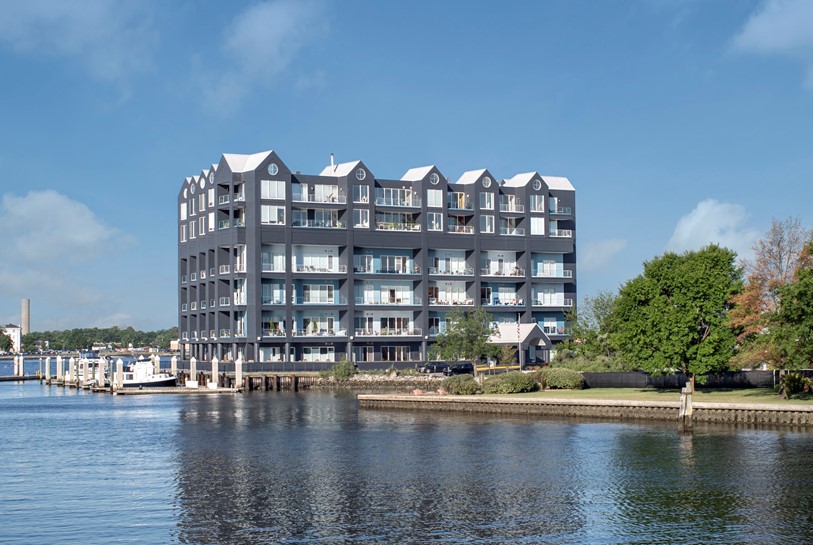 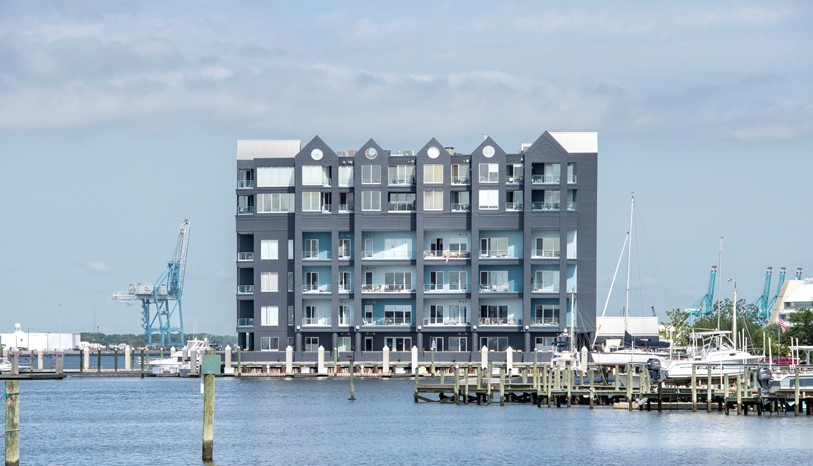